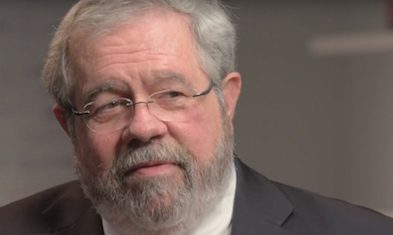 2017/11/5
Amman, Oct.9, 2017 – David Cay Johnston, award-winning journalist and author of the bestselling book “The Making of Donald Trump”, will be the keynote speaker at ARIJ’s upcoming 10th Annual Forum for Arab Investigative Journalism. Johnston, whose investigations into news blackouts and manipulations forced Gross Telecasting,  a six-station broadcast chain based in Michigan  off the air, said he wants to encourage Arab colleagues working against all political, legal, societal and professional odds, to hold officials to account. “Around the world, honest journalism is under assault from governments, corporations and powerful individuals,” he told Arab Reporters for Investigative Journalism (ARIJ) ahead of the Dec. 1-3 forum. “Clever journalists can find ways to get the truth out, but the larger struggle is to enshrine honest journalism and expose fake news,” he said. Johnston’s most recent book documents Donald Trump’s questionable business history and is available in 11 languages. Another book titled “The Trump Factor” is due out in January. A former president of Investigative Reporters & Editors (IRE), Johnston acknowledged that “speaking truth to power is risky business, but it is the life we chose so let’s focus on how to do this with the most impact and the least risk.” One of America’s top investigative reporters, Johnston won a Pulitzer Prize in 2001 at New York Times for exposing tax inequities. Over 50 years he has exposed foreign agents and spies, confronted a killer to win freedom for an innocent man, revealed Los Angeles Police Department brutality, and wrought many changes to protect workers and investors. His keynote speech will be one of 25 sessions at the upcoming Forum which has taken as a theme: “Investigative Journalism: Battling Fake News”. The gathering is the eighth in Jordan since the launch in 2005 of ARIJ to promote investigative journalism in a region where it is mostly absent. Some of the best Arab and international journalists now working will be in attendance at the Dead Sea in Jordan. Sessions will feature lessons on innovative storytelling, digital investigations, digging out hidden facts online, cross-border investigations, cyber security, tracking dirty money, data journalism and investigating gender issues, miscarriage of justice and human rights abuses. ARIJ is funded by the Swedish International Development Cooperation Agency, the Copenhagen-based International  Media Support (IMS), the Danish Arab Partnership Program (DAPP), Norwegian and Dutch embassies in Amman, and the Foundation for Open Society. Online registration will open on www.arij.net on Oct. 15.

Apply to do an investigation
with ARIJ

This website uses cookies so that we can provide you with the best user experience possible. Cookie information is stored in your browser and performs functions such as recognising you when you return to our website and helping our team to understand which sections of the website you find most interesting and useful.

Strictly Necessary Cookie should be enabled at all times so that we can save your preferences for cookie settings.

If you disable this cookie, we will not be able to save your preferences. This means that every time you visit this website you will need to enable or disable cookies again.